We have had, as every 6 months, another Ubuntu-party in Paris organized by ubuntu-fr. It has been a success: more than 4000 attendees - exactly 4019, as counted by Cite des sciences et de l’industrie, our host - in two days!


Those two days were handled under the sign of conviviality: friendliness, sharing of knowledge… In a nutshell: Ubuntu :) 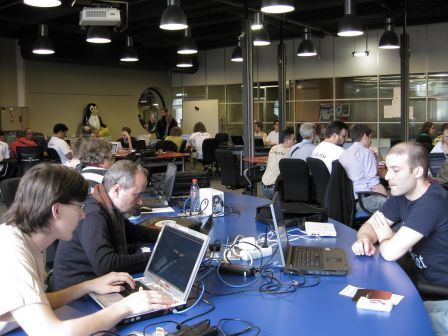 More than 15 conferences were broadcasted directly over the Internet, covering large topics (technically targeted or not), like for instance “computer science and freedom”, the GNOME project, virtualization, the Mozilla fundation, the Debian project, the open formats, without forgetting the crowded conference of the quadrature du net related to the French HADOPI “3 strikes” law. 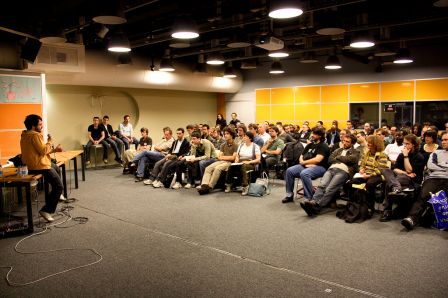 Regarding what we added to this event comparing to previous ones, we had a nightly part from 7PM to 11PM: more advanced topics on green IT and Free software, how to customize ubuntu, a LAN party made with FLOSS games…

As usual, a lot of classrooms have been done during the whole event, dealing with basics needs “how to use Ubuntu - beginners’ guide”, “go deeper into Ubuntu” and more difficult ones like “initiation to command line”, “how to triage bugs” and then even a bug jam! That way, we can have a wide variety of profiles attending. Lprod was also present and made an awesome work showing without any interruption video and audio capabilities of our lovely GNU/Linux distribution. 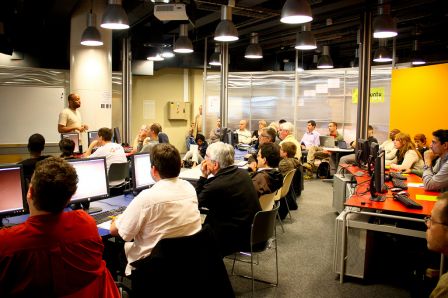 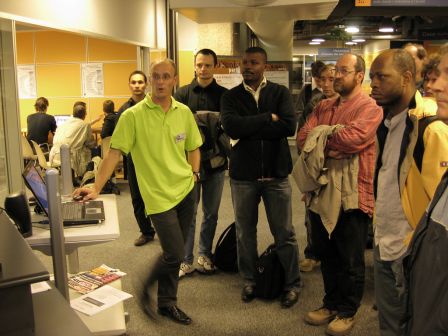 As dozens and dozens of computers, our now famous mugs in recycled plastic have been updated too. You can now see in this new edition a beautiful koala, referencing Ubuntu 9.10 mascot, the “karmic koala”. It was also the occasion to discover the 6th update of the Free Book (CC:BY-SA licence) “Simple Comme Ubuntu“ (Let’s translate it to “Easy like Ubuntu”). We were almost running out of time to release it for the party. A big hug to Mathieu (my editor In Libro Veritas) in having succeeded in this performance so quickly. 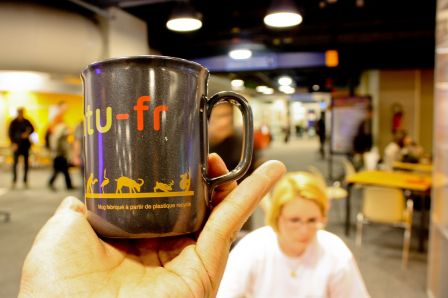 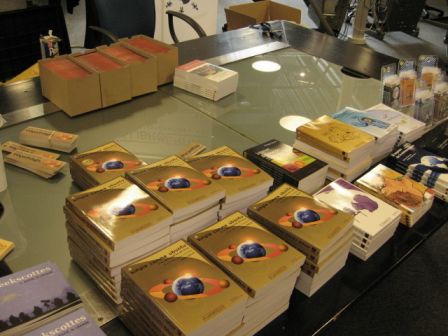 Oxyradio , a French webradio promoting Free culture has broadcasted during the entire event and interviewed most of speakers. A lot of photos, conferences and oxradio podcasts are available in the mutimedia section. 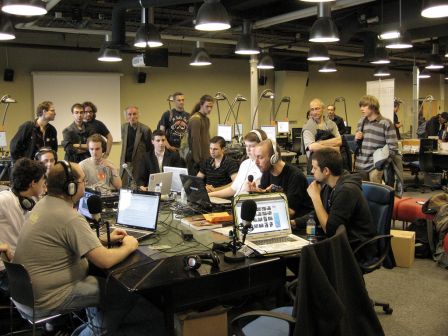 Thanks to every non profit organization present in the little “Free culture Village” (parinux, framasoft, l’april, mozilla) and every participant, making this event a real success, again!

The lotery has been appreciated as well, closing the event: goodies, Tee-shirts, books, a fonera, a linutop… and some Ubuntu Cola, imported from the UK :)

Over 4000 attendees, challenging last november record: it’s just awesome! We - the core organisation team - were the first surprised as we were pretty pessimistic about how many attendees we can have this time because May is traditionnaly more difficult to attract people to such events. Indeed, this month has a lot of free/off vacations days, exams and even the weather itself didn’t help to have people indoor. We were wrong and that’s a good news. :)

So once again: thanks to everybody involved in it! We need a lot of people on D-Day in the differents booths and thanks to them, we can deal with such a wide public. Never forget: “I am what I am because of who we all are”. 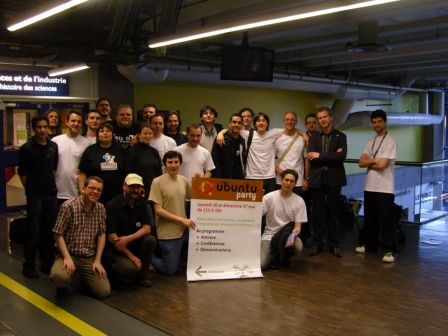 The next Ubuntu Party in Paris is scheduled the 28th and 29th November. Will you be there? We will!

Disclaimer: my apologies for the headline. Seems that I was having some troubles listening to the radio when hacking during my childhood :)
comments powered by Disqus