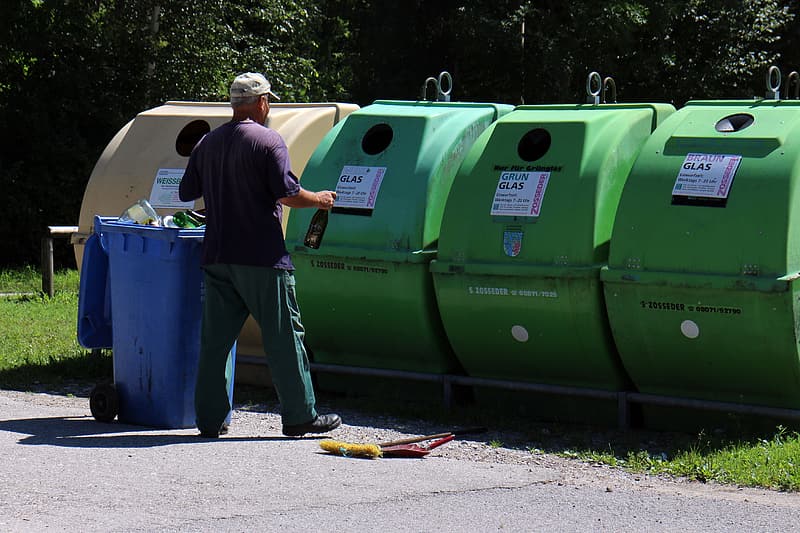 In the past couple of articles, we explained the core state concept of ZSys, and when we create state saves in particular. A lot of those operations are automated either on a time-scheduled (user states save), on system changes (installation, upgrade or removal for system states) and also when you ask a revert to a previous states.

Even if individually, the cost of a state save is really low, this creates more and more ZFS datasets over time that will take some disk space. We needed to shape a strategy to clean them up on the go, silently, for our users.

Our default policy is built around the idea that recent state saves are more important than the one in distant past. Also, you want finer grain state saving to optionally revert to, on something that happened recently than something that happened a couple of months ago. We thus keep more states on the recent past and decay more and more states as time passes. As a bonus, in general, the more recent a state is, the smaller delta it has with the current state. Thus, those will take less space on our disks.

We first apply it to system states, as they all have user states linked with. We don’t immediately destroy user states when we decide to purge a system state, but we rather unlink them. The user state save is meaningful by itself, and we want to ensure having the best possible outcome when considering user state in term of spacing up state saves when going over them once we have dealt with system states.

Basically, if you have 3 states to keep for a given period, and your starting state repartition is looking like that:

Each | here represents a state save. Ideally, we will try to space the states out equally to get:

instead of the less useful:

Note that that the states can have dependencies between them (especially when you are reverting, and as such, have dataset clones). You can think of it as multiple branches of a tree and you can’t remove a branch unless all leaves are removed. Similarly, some manual states can’t be removed, and thus, we are trying to equilibrate the whole state repartition so that you have more meaningful ones.

Imagine on the previous scheme that one state can’t be removed (manual save or having dependencies that can’t be purged).

K is the state to keep. We will thus keep other states to have an evenly spaced distribution:

So, the reality can be not as easy and evenly spaced out as previously illustrated, but the garbage collector is trying to do its best for you. A scheme is easily drawn, but in practice, this is more complex and involves multiple collection pass (as some states having some dependencies can be freed once their reverse dependencies are collected).

When is it scheduled?

We are analyzing and collecting by default once a day. This is done thanks to a global systemd zsys-gc timer:

This one is associated to zsys-gc.service which calls under the hood zsysctl service gc once a day. This both collects the system states, and each user states for the current machine.

What do we collect?

By default, we only collect automated generated states, as we think those are less meaningful to you than the one you created manually by a zsysctl save <MyOwnState> command. In practice, only unassociated filesystem states or snapshot states starting by @autozsys_ prefix will be collected. In addition, any user dataset clones, untagged - not attached to any system states by a com.ubuntu.zsys:bootfs-datasets, we will come back to the precise mechanism in a future article - will be cleaned up as well.

Note that you should clean your manual state save yourself, with zsysctl state remove <MyOwnState> for instance, for an explicit removal. Something else you can do is to request our garbage collector to take in account all states - automated and manual - for a given period, with the --all flag: zsysctl service gc --all. This flag is global for the system and all users.

Valid state candidates for garbage collection are any states that don’t have a dependencies over them, we should thus just quickly recheck what dependencies are.

What is a dependency for a state?

We have already seen this when going over states removal in the previous article which will exactly show dependencies to you, but as a reminder, states can have dependencies on other states when:

Note that as we just have told, we are going over multiple passes and generations when doing garbage collection. Thus, some states that had dependencies can be then freed up in a later pass and will be then a valid candidate for garbage collection. Of course, manual states will never be considered and can thus lock down an automated state.

In conclusion, if you really want to delete a particular state (manual or automated) and its dependencies to be purged, including its manual clone, you should call directly the zsysctl state remove command. This will give you a chance to analyze and see how you can force a removal of one state, even if it has dependencies.

The default policy is embedded in the binary itself. Here is the definition up for us to study:

Any time period is in days and the whole policy starts at midnight for the current day. Remember that those rules apply to both system and for each user, independently.

What does this all mean?

Then the gcrules can have as many buckets as you desire. Our default policy is:

Note that state dependencies can be cross-buckets, and each buckets will always be considered independently from each other.

What happens in case of under limit and over limit ?

Basically, those are goals. If you have taken more state saves (with manual zsysctl save <statename> call) than the target, as those counts in the whole budget and can’t be purged automatically, we will thus have more states in our final results, and all automated states may be purged. Similarly, if we have a lot of states with dependencies that can’t be cleaned up, we will end up with many states (over limit).

If you don’t boot your system for a given period of time and don’t have enough state saves to file up a bucket, you will never reach the limit of course and all states will be kept to have as many of them as possible.

Remember that we always treat system states before treating user states, and then go over each user states independently after detaching those which were linked to purged system states.

Can we tweak that manually?

We described the default policy embedded in the binary. However, as an experiment (and because all those rules are not set in stone yet), you can define your own policy manually by copying the configuration policy file zsys.conf as /etc/zsys.conf and tweaking it here. This change will be effective after calling zsysctl service reload or on daemon restart.

In addition to gradual improvements to our policy, we will deliver some ways to says “destroy all state saved before

We hope this syntax is readable, it was quite a journey to find some way to define precisely our garbage collection policy and organize this. The principle is really built on keeping as many recent states as possible (with our default rules for current and previous day + the keeplast parameter for the system and each users, independently), while purging more and more states as time goes by (through the bucket definitions). We are trying to evenly space the states we are keeping based on dependencies and other constraints.

As you can think, all of this is backed up with a very extensive test suite as this is playing with system and user data. However, we may be tweaking this over time based on your feedback and pressure on disk over the rpool and bpool. You are always on the driver’s seat either by forcing taking into account all states in the gc (--all flag), by manually removing states and dependencies zsysctl state remove <your_state> or by tweaking the GC policy manually with zsys.conf.

But that’s not the end story on our journey through the ZFS integration in Ubuntu 20.04 LTS! In the next blog post, we will list some remaining ZSys user-facing features we didn’t mention yet. We will try to highlight some more tweaking you can do on your system and how all those pieces are fitting together. See you there :)