It's another milestone that the ubuntu-fr French team has achieved this week-end. We had in Paris 5 000 attendees[1] at the Karmic Koala ubuntu party!

After the ubuntu 2] but more than 100 of volunteers all over the week-end were present to give an hand on helping people, being at the different booths and others miscellaneous tasks! 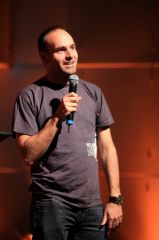 This party was particular in the sense that Mark Shuttleworth visited us on Saturday, following the Party the whole day. Mark's kindness was greatly appreciated inside the community and a lot of people have been able to discuss with him. He also had, of course, some interviews at the radio and by press... The first day was concluded by his plenary session where a lot of questions has been answered too. We hope to be able to broadcast the videos very soon. 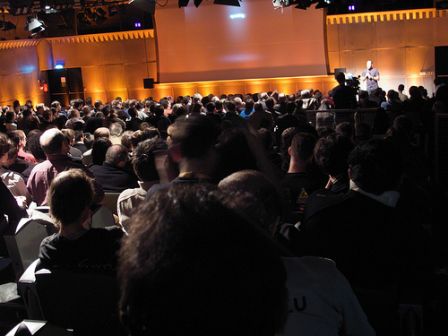 The public seems to have enjoyed this event and that was our goal! You can see below before the plenary when Tristan Nitot asked to "raise both hands if you use Ubuntu!" 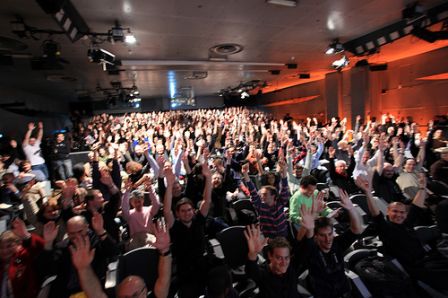 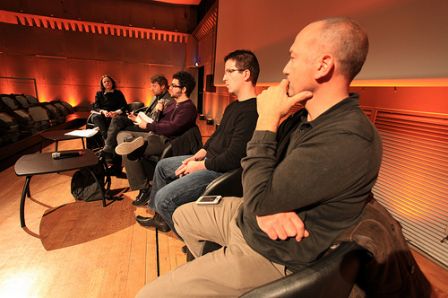 As usual, our party tries to cover a lot of different activities for a wide range of public: obviously, people are able to install Ubuntu with a volunteer, but we also had a bug jam, workshops (drupal and "how to make a conference"), multiple multimedia demonstrations (gimp, video, music, compiz, cairo-dock), video games...

Some non profit organizations related to FLOSS also had a booth to show the whole "Libre" ecosystem to the visitors and present the philosophy behind Ubuntu, and more generally, the free software movement. Namely, April, Framasoft, FDN and La Quadrature du Net joined the pary! 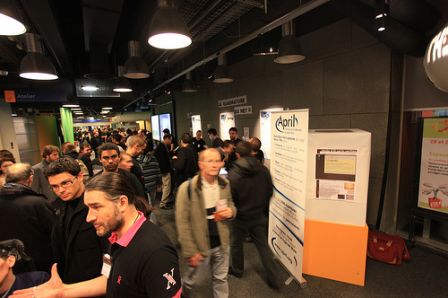 As at each Party, we also had our ubuntu-fr booth with a lot of goodies : our French localized ubuntu CD, stickers, Tee-Shirts, Framakey Ubuntu-fr remix (USB key), our updated mug, Simple Comme Ubuntu (ubuntu book)... I'll specifically talk about them in the following days. 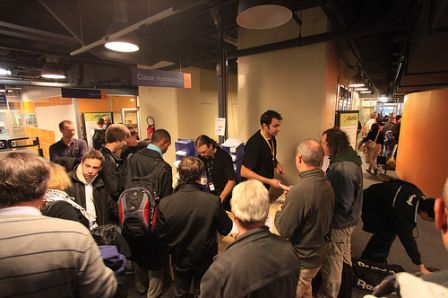 Conferences was also a great place to get and covered interesting topics as on other GNU/Linux distributions (debian, mandriva, fedora...), how to contribute, design experience at Canonical, free software in France... In a nutshell, more than 20 conferences over the two days. 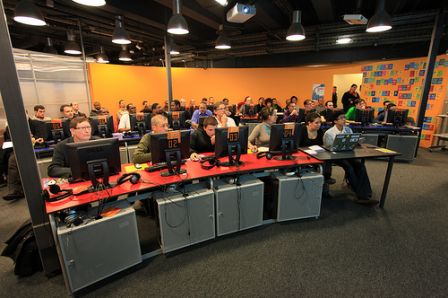 Of course, Oxyradio covered the whole event and made possible the link with people who can't attend it. 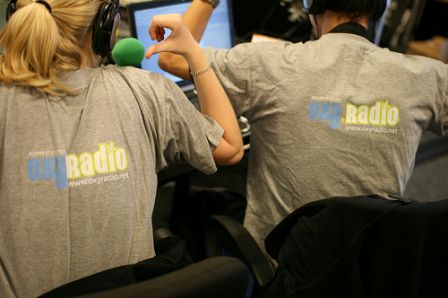 5000 attendees is just awesome for a voluntary only non profit organization. Thanks to everyone who made this possible in a 4 months preparation. It's time to get some rest until we have to start again for another round! 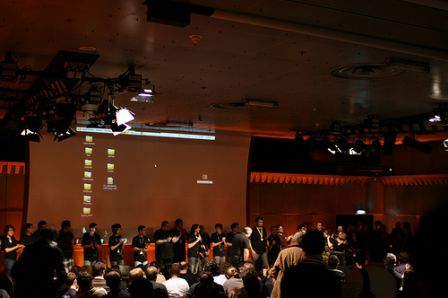 [2] thanks again to olive for all his work