Time to celebrate, it's been now 4 years that I released the first version of my French book "Simple Comme Ubuntu" (which can be translated in "Easy As Ubuntu") focused on newcomers. This book tries to help them step by step in discovering the ubuntu environment (no command line, just graphical installation) through 350 pages, so that they can be more confident with their new operating system. 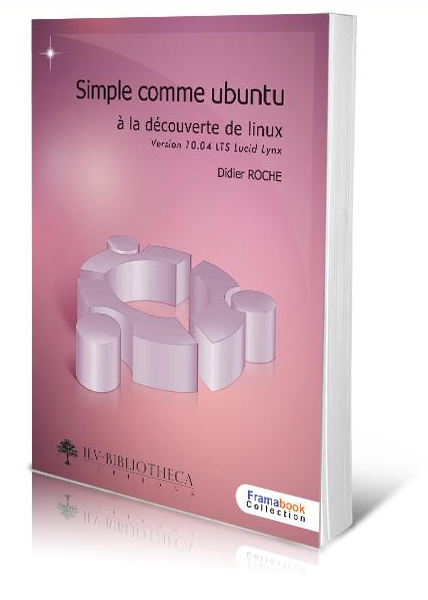 This book, under CC:BY-SA, is now at his 9th version[1] (updated every 6 months as with Ubuntu releases). It's available in LaTeX sources, pdf format as well as a paper version. Release by release, I was able to make it out closer to the ubuntu release date, and from the last 2 years, the book was out less than 7 days after the release! For instance, the lucid version was announced the 4th of May 2010!

To fully follow the Free Software philosophy, the Launchpad project is here, and the book is versionned in bzr. Also, for a year now, "Simple Comme Ubuntu" is in the ubuntu repo (just install the "simplecommeubuntu" package) and you will be able to find it at /usr/share/doc/simplecommeubuntu/. The French community downloaded the book a lot, and we sold also some thousands of paper version too. This one is now on the front page of the French documentation wiki and we install it by default on the ubuntu-fr (French) CD remix to help newcomers (coming from the Windows world most of the time) to have the documentation and the Operating System (it's a shortcut on the desktop). 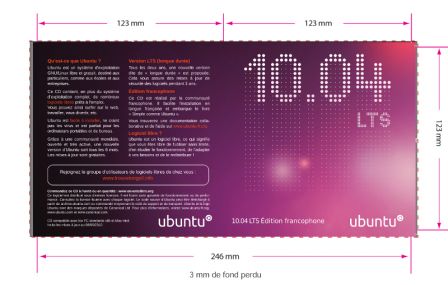 This book was the 2nd one of the framabook project, French project trying to build a collection of Free books (started in 2006) and we got some good press coverage in national newspapers. 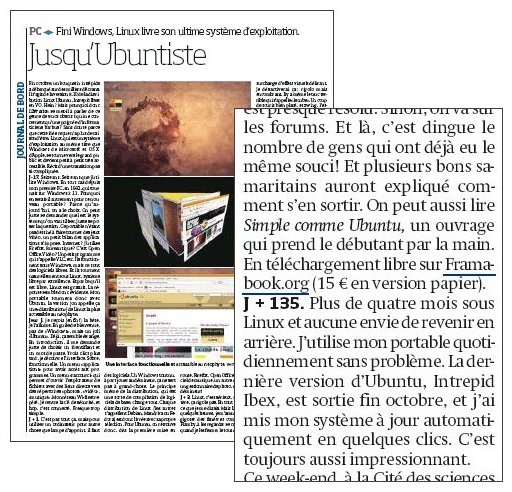 Updating it so frequently by one person is a tedious task, I must admit, but I want first to thanks again all people who prereads and fixes my spelling mystake all over the years. Some people are reading it from the first version[2] and they really deserve a big thank for their patience! My editor, In Libro Veritas, made also a wonderful work on the cover (would be great to make some wallpaper with the different covers we had), and also to the French community for their support during those years!

Next version will be Maverick “Simple Comme Ubuntu”, a lot of changes are already in place! 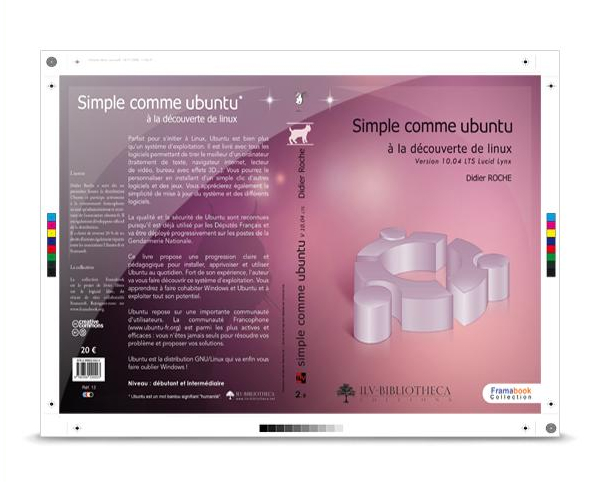 [2] it was first just an enhanced version of some blog postd under CC:BY-SA of yeKcim