A warm summer has started in some part of the world and holidays: beach and enjoying various refreshements!

However, the unstoppable Ubuntu Make team wasn't on a pause and we continued making improvements thanks to the vibrant community around it!

What's new in this release? First Arduino support has been added with the vast majority of work done by Tin Tvrtković. Thanks to him for this excellent work! To be able to install arduino IDE, just run:

Note that your user will eventually be added to the right unix group if it was not already in. In that case, it will ask you to login back to be able to communicate with your arduino device. Then, you can enjoy the arduino IDE: 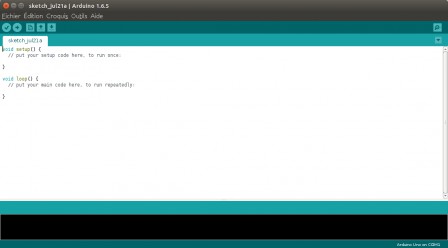 Thanks to our extensive tests, we saw that the 32 bits of Visual Studio Code page changed and wasn't thus installable anymore. It's as fixed as of this release.

A lot of other improvements (in particular in the tests writing infra and other minor fixes) are also part of 0.9. A more detailed changelog is available here.