Most of the time, after an Unity release, I look like that: 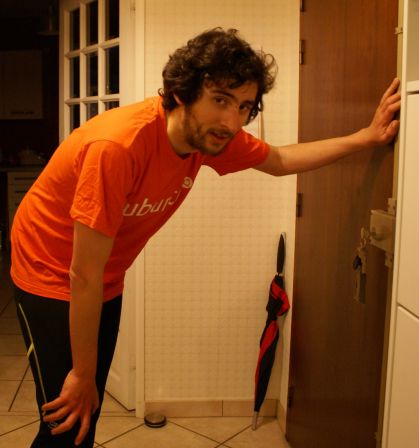 Well, ok, not really, but in fact, this is after doing some exercice after an unity release, so it's exactly the same, isn't it? :)

This particular release didn't follow this rule though. Even if last Friday and Monday were a little bit rushy, we kept merging latest patches on a regular basis to polish the Unity experience on 3D as well as on 2D for Ubuntu 12.04 LTS. Nothing scary emerged at the last minute. Also, thanks to the community testing (85 results for unity 3D and 7 for unity 2D, you rock guys!), we were able to analyze and fix the most important issues that were raised before releasing, taking our time to upload Unity before the Finale Freeze. The long stability trail we had in Unity for the whole precise development release clearly shows that the new processes in place and the maturity of Unity are paying off.

I'll even tell you a secret, since we started the Unity journey, I've never been so proud and positive about any unity release than I'm on this 5.10. Consequently, this finale version of Unity on this quality-based ubuntu 10.04 LTS sounds like a Perfect timing for a Precise release for the Pangolin. :)

In addition to that, this latest release will give you a nice extra cookie for configuring the HUD key in the launcher category of the shortcuts in gnome-control-center for both Unity 2D and 3D.

Of course, it's not the complete end of the unity story in precise, we will maybe be able to fix some crashes that a wider testing would potentially give us before the finale release (and we have two small issues in minds we want to fix also before precise is released or in a first SRU), but we are very confident that Unity in 12.04 LTS will be the greatest Unity experience ever! Good job team, thanks to everyone who contributed through bug reports, code, translations, testing… We won't be were we are now without you!